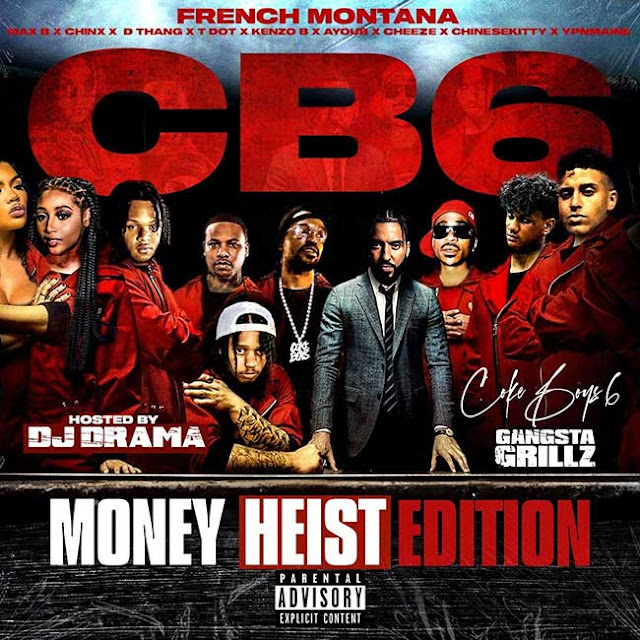 [Verse: DThang]
I said I'm smokin' on dead opps
Tryna cruise through the X, tryna see what they on
And shorty a dead thot (Huh?)
Said I fucked her one time, now she fiendin' for more, like
And we got them knockers, like (So who really ready for war?)
Better not lack when you walk out that door
Said stacks over thirty, he ready to score (Baow, baow, baow)
And they do it for clout, like (And they do it for clout)
But don't die over clout (At all)
Slide to the 'jects just to make an announcement
If they not on they block, we gon' go to they house, like (We gon' go to they house)
'Cause they know that we dangerous (Like, huh?)
We gotta slide with a mask, 'cause they know that we fame
Told bro "Don't stop just aim it'" (Grrah, grrah, boom)
'Cause when I got the knock, I just feel a lil anxious
I swear, I be itchin' to flame it
On the dick, you get level for six, watch me lane switch
'Cause we cannot stop for the law (At all)
And we heard he got bent, so we kicked down his door
She a smoochie, be fiendin' for more
I said, "Scream RPT", you gon' get in her drawers (RPT)
FTO, we don't fuck with no oppers (At all)
I was robbin' and stealin’ and now I got bands
Since thirteen, I've been totin' my chopper
Went from noodles to pop out in steak and some lobster
Know RPT niggas problems (RPT)
And no, I ain't stoppin' 'til they free my goblins (Grrah, grrah)
Oh, he smokin' on bro? We gon' solve 'em
I told Bando, "Keep shootin' these bullets, can't dodge 'em"
They know how we fuck up the streets (They fuck up the streets)
On our way to the top, they know I got some heat
She think I love her, like what do you mean? (What do you mean?)
I can't lie, her shit wet, try to fuck up my sheets (Gang)
And these niggas keep thinkin' shit sweet (Like what?)
Told 'em "Pick up a gun, no more dissin', let's link"
We gon shot on they block for a week (Like what?)
And the first one we see, he gon' die in the streets (Baow)